Many times when I’m traveling for photography, I have a pretty solid game plan for what I want to shoot and when. I do a lot of research to find locations, time of day, sun rise and set times, moon rise and set times and any other weather forecasts I can come up with. I also try to leave a little wiggle room if there’s an area that I really want to photograph.  This allows me a day or two if the weather gets really bad on a particular day that I can wait it out and shoot my chosen location on another day.  With Celestial Cinema, this was an unplanned shot.

I got really lucky the first two days in this area and managed to photograph the locations I wanted right away.  There were great conditions and lighting, so my contingency days had to be filled. I had other options of areas to photograph, and the area where I found Celestial Cinema was one of those.

It was a hike of a couple miles up a stream bed before I found the little cave where I shot this piece.  I shouldn’t even say it was a cave, actually. It was more like the side of a waterfall.  The temperature had been warming and some of the ice had melted that was hanging over this cliff. It made enough room for me to crawl in and turn around, but that was about it.  I knew from looking at it from the outside that it could be a really cool shot. I also knew I had to wait until the sun went down to capture it the way I wanted.

So, I waited. I spent all day in the area, until the sun began to fade. Finally I was able to start seeing some of the night sky show up in my frame, and when I realized the Milky Way was making its way into the frame, I knew I had a winning shot.  I had to wait a little longer until the stars were in a position that really worked for the composition, then I started firing away.  When I got the shot on the back of my Nikon, I new I was set.

Quickly, I packed up all my gear and made the long journey back to my 4×4. It was hard to stay on the trail at night through a forest and stream bed. The temperature was 30 degrees below zero and dropping, and the visibility even with my headlamp was not very far. Shadows played tricks on my eyes and every so often I thought I saw a mountain lion.  Thankfully, I didn’t really, but I did feel pretty good when I saw my car parked on the side of the road! 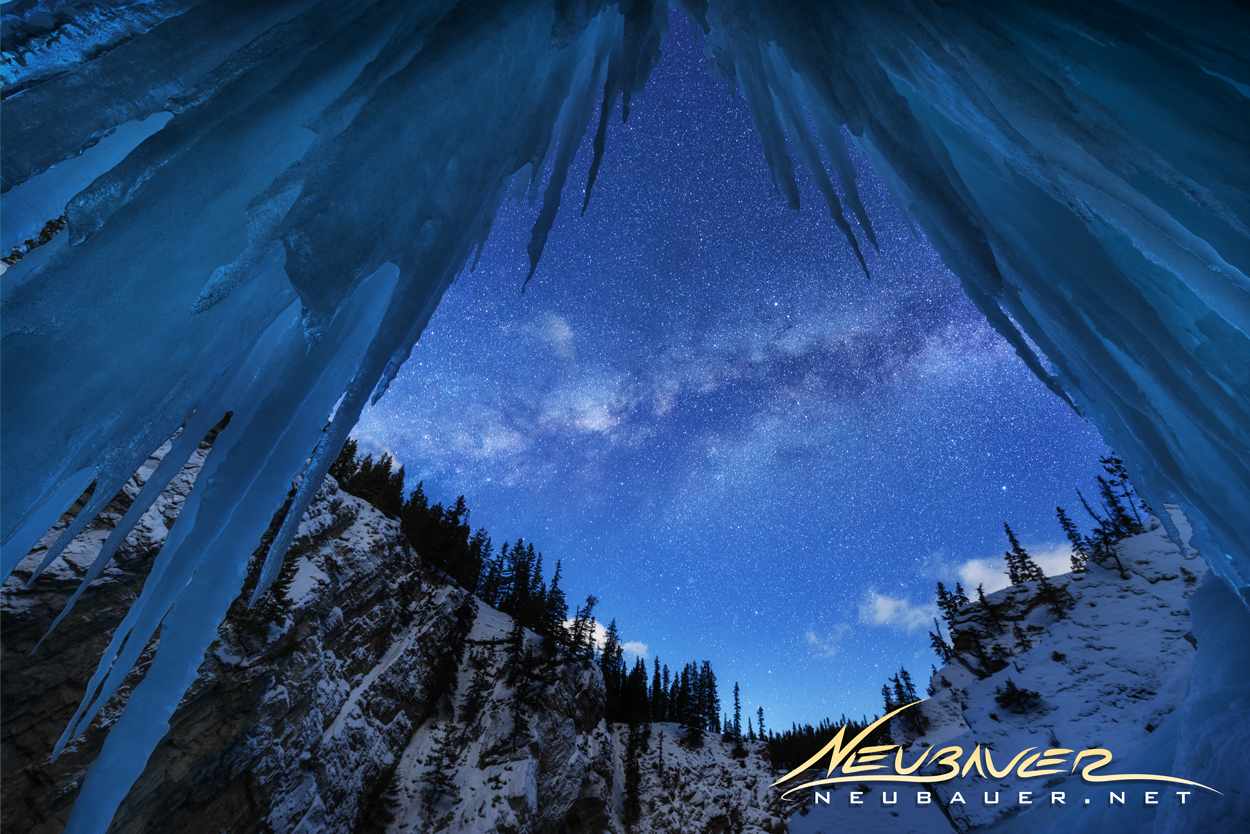 I usually only enter an image into one photography competition a year. This was one of four pieces I chose to enter into the Professional Photographers of America’s International Photographic Competition, one of the most prestigious photo competitions in the world.  Celestial Cinema did well there too, earning a merit and being among all four images that I entered receiving awards. This particular piece helped me earn a Silver Medal in the competition and is my favorite piece from an amazing trip to Canada.